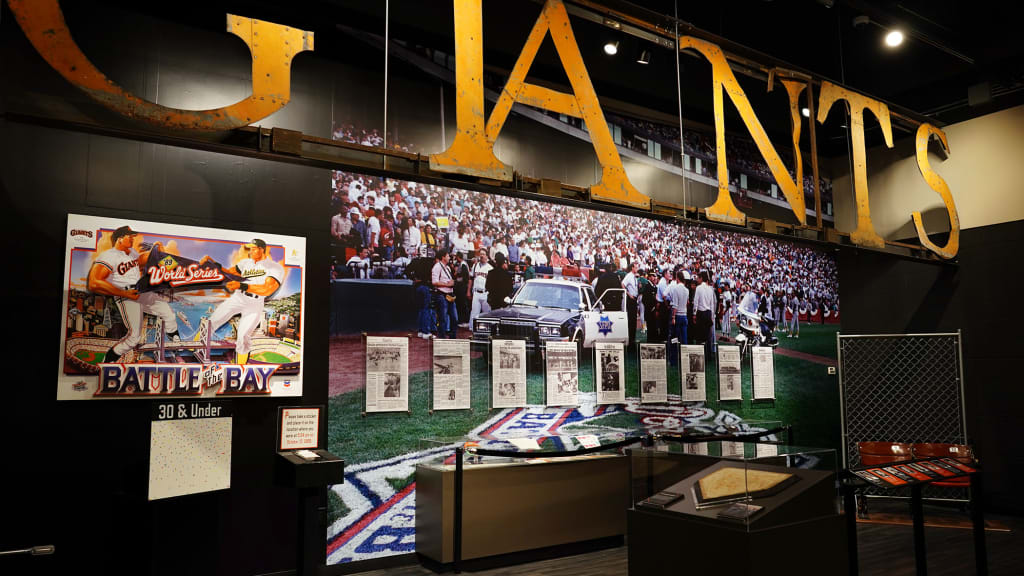 To commemorate the 60th Anniversary of the Giants in San Francisco, an extraordinary exhibit space, designed to display Giants memorabilia and artifacts, was installed within Oracle Park. The Vault spotlights Giants history since 1883, including Giants players, managers and broadcasters in the Baseball Hall of Fame. Each season, the memorabilia on display rotates to celebrate a specific theme related to Giants history. The Giant Vault is located inside the O'Doul Gate and is free to all fans on game days (2 hours before the game starts through the 5th inning) and on tours of Oracle Park.

Featuring Giants broadcasting legend Hank Greenwald's NLCS ring and Earthquake scorecard, the exhibit on display for the 2019 season, pays tribute to the 1989 Giants while taking a look back at the Loma Prieta earthquake and its impact on the 1989 World Series. Also highlighted is Dave Dravecky's World Series jersey, with the sleeve cut for his cast, and the homeplate that was in the ground at 5:04 pm on October 17, 1989. Four maps give visitors the opportunity to reflect back 30 years and mark the spot they were in the world when the earthquake struck.